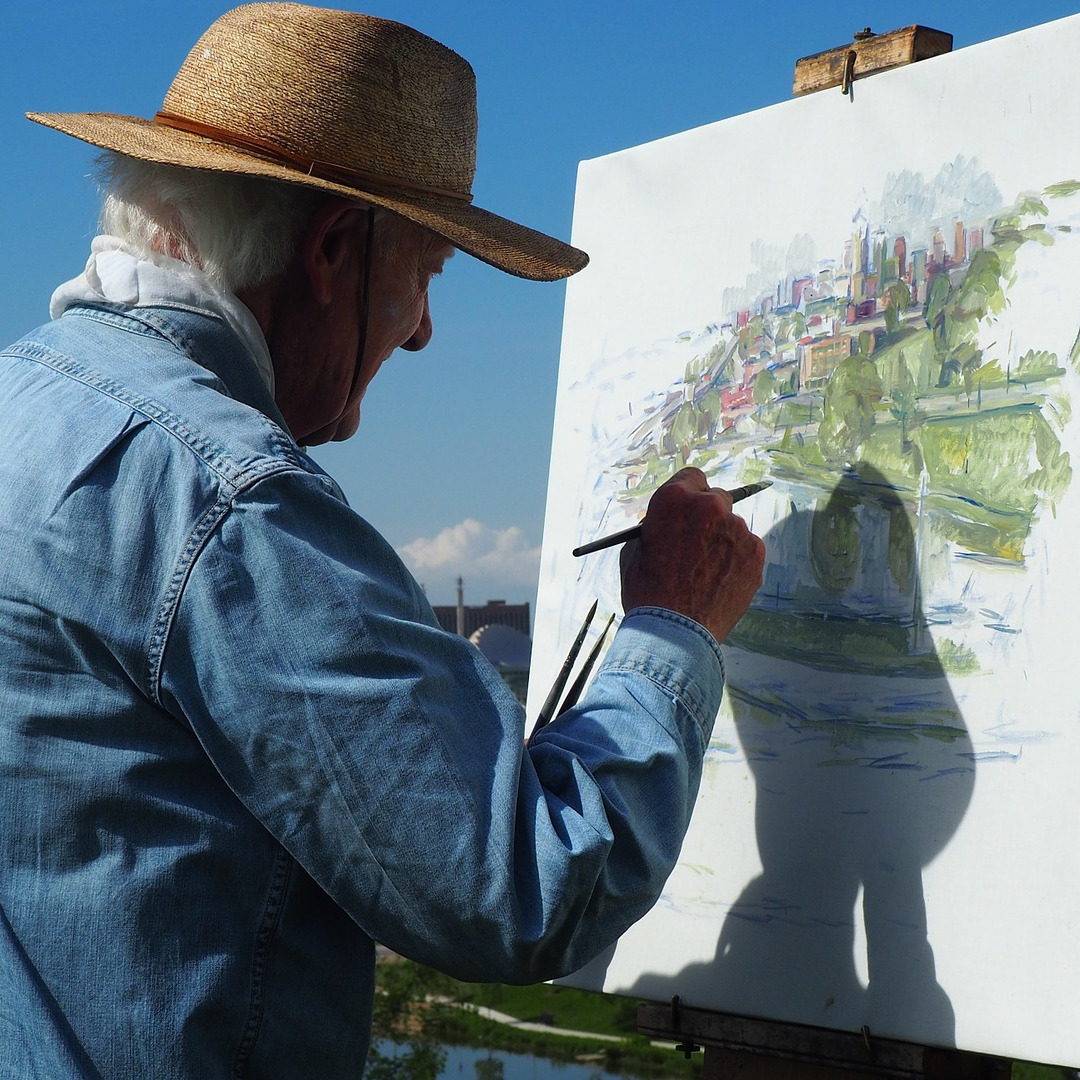 The Renaissance age produced some of the greatest art humanity has ever created. I have looked into “Mona Lisa’s” eyes in the Louvre, peered up at Michelangelo’s “David” in Florence, and marveled at Caravaggio’s (my favourite Renaissance painter, btw) “The Entombment of Christ” in the Vatican. For art lovers, the experience is similar to summiting Mount Everest. Art emotes tremendously deep feelings.

For many art lovers, Raphael’s “The Transfiguration” is considered the greatest of the Renaissance paintings. April marks the 500th anniversary of the completion of this masterpiece, and I want to take a few minutes to introduce it to you.

Raphael was commissioned by Cardinal Medici (later Pope Clement VII) to paint the altarpiece in 1516.

His last painting was his greatest; his last attempt to offer the world the light of the Gospel over the darkness of sin and death.

The painting is a beautiful scene of Jesus bathed in moonlight, floating above a mountain (traditionally Mount Tabor) with darkness, evil, and hopelessness below.

The upper registry of the painting depicts the transfiguration (Mark 9:2-13), while the lower half depicts the failed attempt by the apostles to exorcise a demon from a boy (Mark 9:14-29). Raphael brilliantly depicts two consecutive, but distinct, biblical narratives to contrast the redemptive power of Christ over the sinfulness inherent in humanity. 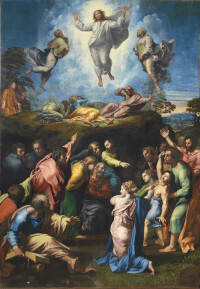 Why Bathed in Moonlight?

Let’s spend a few moments pointing out what is going on in the painting:

Jesus, the Christ, the “anointed” Messiah, in a white robe (signifying purity) is moonlit and glowing. In Raphael’s day, afflictions like demon possession and epilepsy were equated with the moon and understood as a kind of “moon-sickness.”

Moses is to the right of Christ and Elijah is to the left. The two figures left of Elijah are Justus and Pastor, who share the same religious feast day as the “Feast of the Transfiguration” (August 6). Atop the mountain are three prostrate figures, James, Peter, and John, dressed in robes symbolized by the traditional colours for faith, hope, and love.

In the lower registry of the painting, things become a lot darker.

At midlevel and to the far left is Judas Iscariot with the four apostles, Philip, Andrew, Simon, and Thaddeus. They are all looking and pointing to a young boy to the right. In the lower left corner of the painting is Matthew, wearing a blue robe. The Apostle had also written of the transfiguration story in Matthew 17:1-9. Matthew is at eye level with the viewer and serves as the interpreter of the scene. His job is to tell the audience what is going on.

Renaissance painters often used this creative device to help viewers see important cues in a painting: a beckoning hand pointing to the focus of the painting, a facial expression, or forbidding glance to express danger or displeasure. Matthew is the storyteller for the audience.

Matthew points to the boy, no longer prostrate and writhing in distress, but standing with his mouth open and pointing to Christ, depicting the departure of the demonic spirit.

Left of the boy is a woman kneeling while bathed in divine light. Raphael rendered this woman in a classic “serpentine pose” with her shoulders and hips moving in opposition to one another. Leonardo da Vinci used this same device in his famous 1504 painting, “Leda and the Swan.” The serpent-like symbolism, along with the surrounding darkness and the contorted twisting of the other characters around her, conjure up a sense of the demonic.

Matthew, the storyteller, points to the woman as she humbly kneels before the glorious healing of the demon-possessed boy. Demonic power is no match for the glorious power of the transfigured Christ. The boy, free of the demon, stands as he points to Christ.

In the midst of darkness comes the light.

In the midst of fallenness comes salvation.

In the midst of brokenness comes healing.

In Hebrew, the artist’s name, Raphael, means “God has healed.” Many art scholars agree that Raphael joined these two scenes (Mark 9:2-13 and Mark 9:14-29) in his final painting as his final testament to the healing power of Christ.

Jehovah-Rapha, the God who heals! May we share in Raphael’s wonder while we reflect once again on the familiar, but glorious work of our risen Saviour. God is good.