There IS Hope for Change 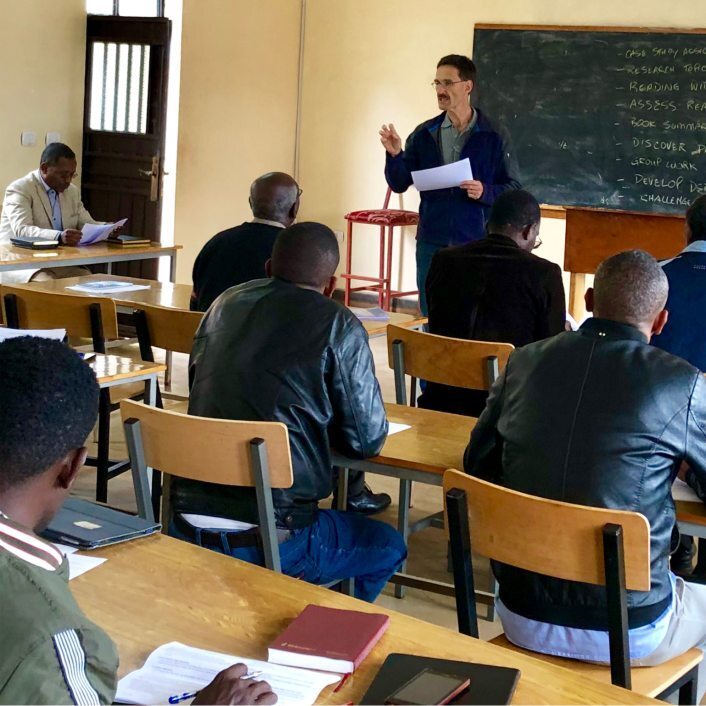 I was seven months into my new role as a Global Missions Coach for the Ethiopian Kale Heywet Church when the Theological Education Director asked me a favour. We were slowly getting to know each other during my regular trips to Ethiopia. I enjoyed working with him as part of a team of senior leaders tasked with strengthening the global missions program of their 10-million-member denomination. Would I be willing to provide a one-and-a-half-day training for their Bible college professors on how to teach their students critical thinking skills? Critical thinking does not come naturally in Ethiopia’s rote learning context. My Ethiopian colleague wanted the training led by someone who’d grown up in a culture that encouraged this essential habit.

Now, another seven months later I was standing in front of a group of 25 Bible college educators who had been brought together for this training. It was a classic critical thinking question for the group, an old-time favourite hypothetical situation used to generate critical thought. “It’s 3:00 a.m. and two young women come to your home urgently looking for shelter. They are very scared. When you hear their story, you realize that some policemen are looking to abuse them. Twenty minutes later, three armed policemen knock on your door, asking if you have seen the two young women. What will you do and why?” As the small groups began to share their responses, an older respected Bible college president representing his group said that he would deny that he had seen the girls. “So, you would lie?” I asked. Long awkward pause… “Yes” he replied. While this is a typical response for such a scenario, it was interesting that this respected senior church leader would feel the liberty to openly express his opinion among a group of two dozen other leaders, including men much younger than him. Somehow, a space had been created where they felt free to share with a level of transparency I had not expected. As the other groups shared their responses, alternative solutions to this moral dilemma were proffered. The following day, the same senior leader essentially acknowledged that a better, non-truth-compromising approach could be adopted. I was challenged by his humility in both his transparency, and then his willingness to admit that a better solution than his had been given.

I have sometimes despaired in my role as Global Missions Coach to this large African denomination — is change really possible here? I wonder. However, it is experiences like these which give me hope; hope because the Spirit of God is demonstrably at work in the lives of many of the leaders here. Change for His Kingdom purposes is very possible.