Marijuana is Legal in Canada Starting this Week 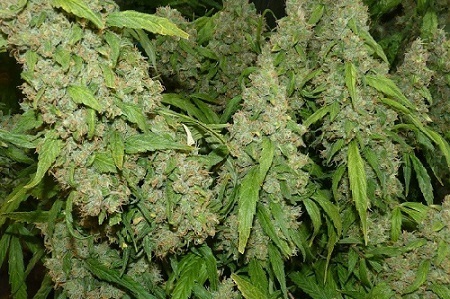 Recreational use of marijuana will become legal in Canada on Wednesday, October 17. A task force was appointed in June 2016 to advise the current federal government on the framework for a new law governing marijuana use. Bill C-45 was created and passed with senate endorsement coming June 20, 2018.

Pot will hit the streets via licensed stores in a mix of private, licensed, and government-run facilities. Consumers have started to note new stores popping up for weeks. Large and small grow-ops have been created through private and public funding and the stock market is promising massive returns to those investors who buy pot-stocks.

You need to be 19 to purchase weed (18 in Quebec and Alberta), but “edibles” will not likely hit the market until 2019. Warnings will be placed on packaging especially for pregnant mothers, and where you can smoke or consume pot will be regulated. How to police that will be interesting to watch. Bill C-45 was tabled and is an attempt to give new powers to police including harsh penalties for driving under the influence. I’ve see MAAD advertisements seeking to get the word out on driving under the influence. Police are still waiting for approval from Ottawa for devices that can be used to administer road side screening.

How Should Christian Canadians Respond?

What are Christians to think and do about Bill C-45 and the legalized recreational use of marijuana on the streets, parks, and public places of our cities and towns?

There is a lot of peer-reviewed studies on the use and effects of pot on human beings. There is a mix of reviews on the risks associated with this drug. Many Canadians are already legally using marijuana for medical purposes. Encouraged by their doctors to ingest the drug for relief from a variety of chronic conditions including nausea associated with chemotherapy, multiple sclerosis, insomnia, HIV-AIDS, and neuropathic pain. I do not believe we should have an issue when this drug is administered by an approved medical practitioner. Your opinion may differ. Health Canada states the number of patients registered to use medical marijuana has increased from 477 in 2002 to 37,359 in 2013. After October 2017 the numbers will likely increase exponentially.

In a Faith Today article (December 2016), Allison Barron interviewed and quoted two individuals who are responding to the news of legalized pot in two different ways. I quote from Allison’s article:

“Priscilla Hollands is a 39-year-old Canadian Christian, and a patient who uses marijuana medically. She says it has improved her quality of life after being diagnosed with arthritis.

“‘It has helped tremendously with my pain management due to severe rheumatoid arthritis,’ she says. ‘As long as I have cannabis, I do not need any narcotic pain killers.’

“Hollands believes, ‘We need to have an honest discussion within the Christian community and [with] our children about its benefits to those who are suffering. Sick Canadians need safe access to this life-giving plant.’

“She points to the financial difficulty of acquiring medical marijuana, and hopes for the laws to change so Canadians can grow their own.

“‘I am forever grateful to God for His marvelous creation,’ she said. ‘The day I discovered that cannabis had so many therapeutic benefits to my chronic condition was an answer to prayers.’

“André Schutten is director of law and policy at the Association for Reformed Political Action Canada and he is not as enthusiastic as Hollands about the upcoming laws. He is concerned about the negative effects marijuana can have on users.

“‘There are strong links between regular marijuana use and psychiatric illnesses such as schizophrenia,’ he says. ‘THC (the active ingredient in marijuana) has proven [to have] negative effects on the nerve cells in the brain where memory is formed.’

“Schutten is worried that legalizing marijuana sends the message, particularly to youth, that the drug is fine to use. ‘The law is a teacher, and legalization sends the wrong message.’

“Schutten says while marijuana may have use medically, that is not what is driving the legalization. ‘I know of some good Christians who use it as a pain reliever or as treatment for certain ailments on prescription. However, the vast majority of people arguing for legislation are not looking to legalization for a medicinal reason, but rather a libertine, recreational reason.’”

One fact seems to be underscored in study after study. Marijuana does affect brain development especially in users under 25. It can cause addictive behavior. On October 17, 2018, tens of thousands of teenagers and young adults can legally purchase pot and be profoundly affected by an addictive drug. Thanks to the Federal government’s premise that it is impossible to police this pervasive drug, so let’s tax it and make money on another societal behavior that harms young people.

In 2019 be forewarned of news stories of the rise in pot-related car accident deaths, toddlers taken to hospital after accidentally ingesting edible pot products like brownies and gummy bears, and the designated pot-smoking area on Parliament Hill for MPs and PMO staff. “O Canada, glorious and free!”