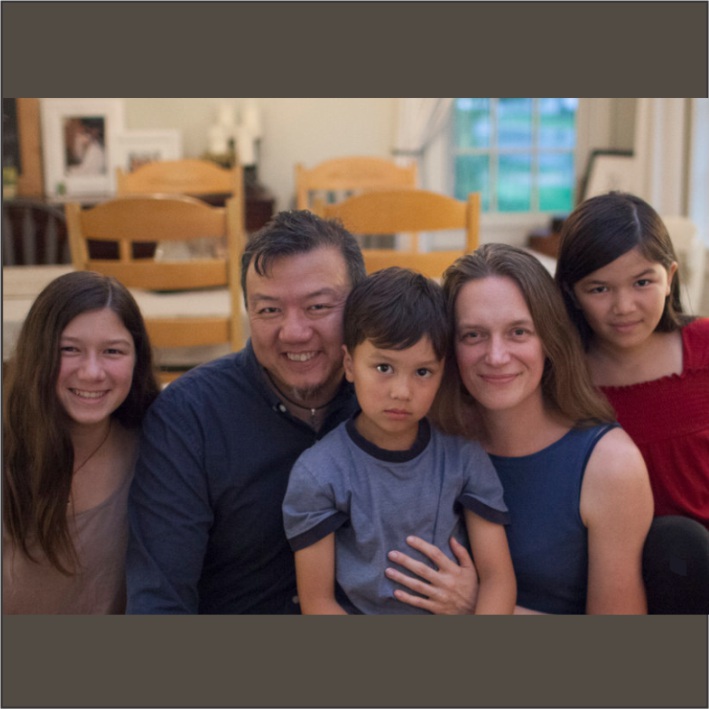 Johnson was born in Taiwan to parents who had fled the Communist takeover of China and were part of the first wave of immigrants to Canada, after the immigration system was opened in 1967.

Like many first-generation children, Johnson grew up struggling to fit in and find his identity. He writes, “I found it where I could; in teenage rebellion, sex, drugs, rock 'n' roll, Atheism and dissipation. But God had other plans, to prosper me and not to harm me, plans to give me hope and a future.

“When I went to teach overseas, God decided to reveal Himself to me. Or perhaps I should say, I became aware of His presence, which had always been there. Part of that was through the woman who would later become my wife. Though I wrestled with Him hard, in the end His love won out.

My wife was a missionary when I met her, serving with an organization called ELIC (English Language Institute China). My acceptance of Christ was coloured by the clear sense that I was giving my whole life over to Him, and that as I had pulled my wife from missions, there was an obligation to return to it.”

God brought that to pass by calling the Hsus to serve with OMF (Overseas Missionary Fellowship, previously known as the China Inland Mission, founded by Hudson Taylor), and it was their hope to live out their days in that calling.

While back in Canada on a home assignment, they found that Johnson’s father was quite ill, which resulted in the difficult choice to leave the field, and remain in Canada. It took Johnson years to reconcile his heart to leaving the mission field. During those years, he taught in a Muslim religious school, finished his MDiv, pastored a couple of churches, and finally became involved with international student ministry. Johnson shares, “I’ve come to realize that I never left the mission field. God has brought the missions field here!

“Through international students, I believe God has answered our prayers to reach the nations... by bringing the nations to us. This is foreign missions, yet available to all of us without leaving our jobs, our homes or our careers. This is my mission field today.”

Back to Ministry Personnel NEXT: Hwang