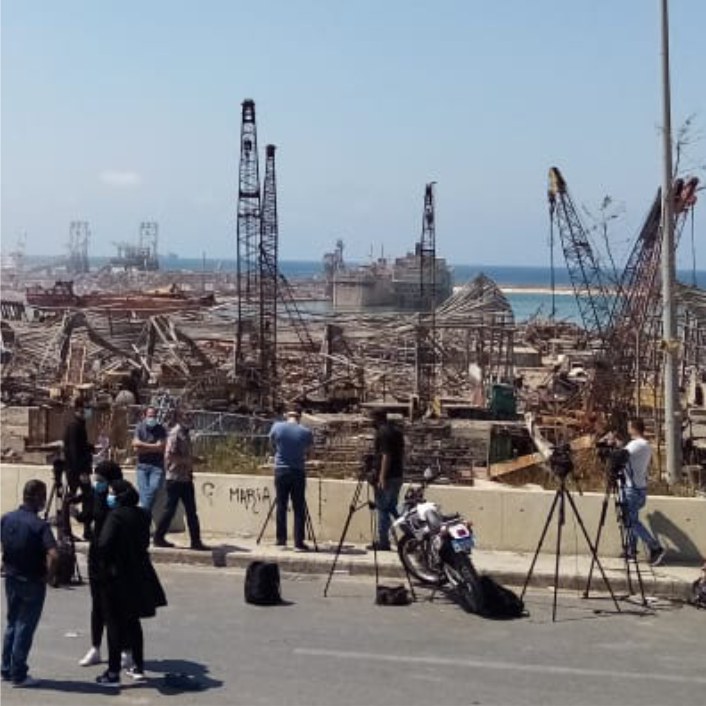 On August 4th, an explosion shook the port and city of Beirut, Lebanon. Reports identified the source as improperly stored ammonium nitrate which caught fire and caused a blast that destroyed the port, homes, and businesses in the surrounding area. Hundreds of thousands have been left homeless, and many more have lost their jobs because the buildings were destroyed. This disaster comes at a time when COVID-19 cases are on the rise locally, and Lebanon was already in a state of economic collapse.

The most immediate need is for food, medical supplies, and cleanup of the homes and businesses that were most affected by the blast. Basic necessities will start to run out quickly since all the stored imports at the port were destroyed. Two of Lebanon’s hospitals were so badly damaged they were forced to close, further weakening an already overloaded healthcare system. The public school system will be closed so that the buildings can house some of those left homeless by the explosion.

Fellowship International missionaries Karim and Rita Anayssi and Mike and Elizabeth Vandergaag are already located in the Beirut area. None of them were harmed in the explosion and they are eager to help their community. [Bechara and Roula Karkafi, normally based in Beirut for ministry, were in Canada at the time of the explosion and will be returning shortly to Lebanon.] FAIR will be working with them and the local church in Lebanon to be Christ’s hands and feet to those most affected by this devastating explosion. Funds raised through the Lebanon Explosion Relief appeal will be used to purchase food and medicines as well as other resources needed to help those most significantly impacted as they seek to rebuild their lives.

Would you prayerfully consider how the Lord is calling you to respond to this need?

Pray for the hundreds of thousands who have been directly affected by this disaster. Pray for Fellowship International missionaries Karim and Rita Anayssi, Bechara and Roula Karkafi, and Mike and Elizabeth Vandergaag as they seek to build significant relationships and Gospel-opportunities as they minister to their city in its time of need.

Back to Donate NEXT: Leduc